What Is Cyber Monday? 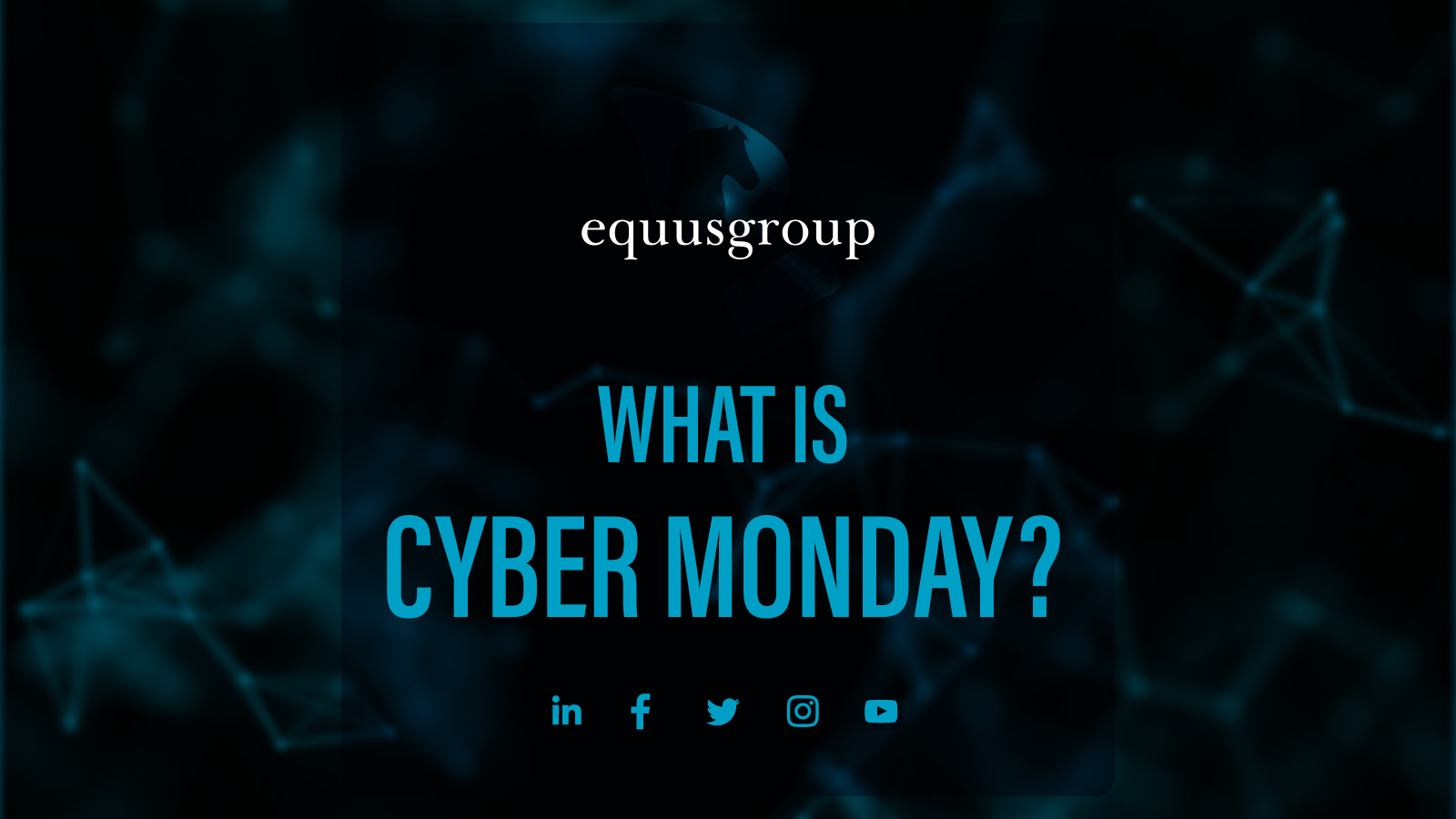 Cyber Monday is an e-commerce term referring to the Monday following the U.S. Thanksgiving weekend. As brick-and-mortar stores do with Black Friday, online retailers usually offer special promotions, discounts, and sales on this day. Meanwhile, traditional retailers offer exclusive, website-only deals. The result suggests to some that Black Friday and Cyber Monday have merged into a combination in-store-and-online shopping experience that has blurred the distinction between the two days.

• Cyber Monday is an e-commerce term referring to the Monday following the Thanksgiving weekend.
• It is the biggest day for online sales.
• The term Cyber Monday was coined in 2005 by Shop.org, the online arm of the National Retail Federation.
• Although Cyber Monday had its origins in the United States, it now happens in other countries as well.

Cyber Monday falls four days after Thanksgiving. It was created to encourage consumers to shop online. Although Black Friday—the day after Thanksgiving—remains the busiest single shopping day of the year, the arrival of COVID-19, perhaps combined with other factors, resulted in $9 billion in online spending on Black Friday in 2020 and $10.8 billion on Cyber Monday.
Consumers relish Cyber Monday for several reasons. Many people don’t want to spend time away from family during the holiday just to get a bargain, while others don’t want to wait in the long lines that form on Black Friday. Cyber Monday provides consumers with a convenient, hassle-free way to shop and cash in on some great deals. And with most retailers now offering free shipping as an incentive to shop on Cyber Monday, it makes shopping online even more attractive
Although Cyber Monday had its origins in the United States, it is now an international concept. Many e-commerce companies around the world use the term to market promotions to boost their sales at that time of year.

How it is all started?

The term “Cyber Monday” started getting used in 2005 by the National Retail Federation (NRF), which needed a name for the flurry of online sales the Monday after Thanksgiving Day.

In the 2005 press release that debuted the term “Cyber Monday,” the NRF credited faster internet connections at work and online retailers wanting to attract holiday shoppers as the impetus behind this new trend. In other words, online merchants wanted the money brick-and-mortar stores were making on Black Friday. And consumers were more than happy to shop from the comfort of their work desks instead of standing in line in the cold outside Walmart.

Once when Cyber Monday was born, it began its dizzying success, as expected of course, if we consider that the digitalization of the world is an inevitable trend.
Here are some more important milestones in Cyber Monday history: 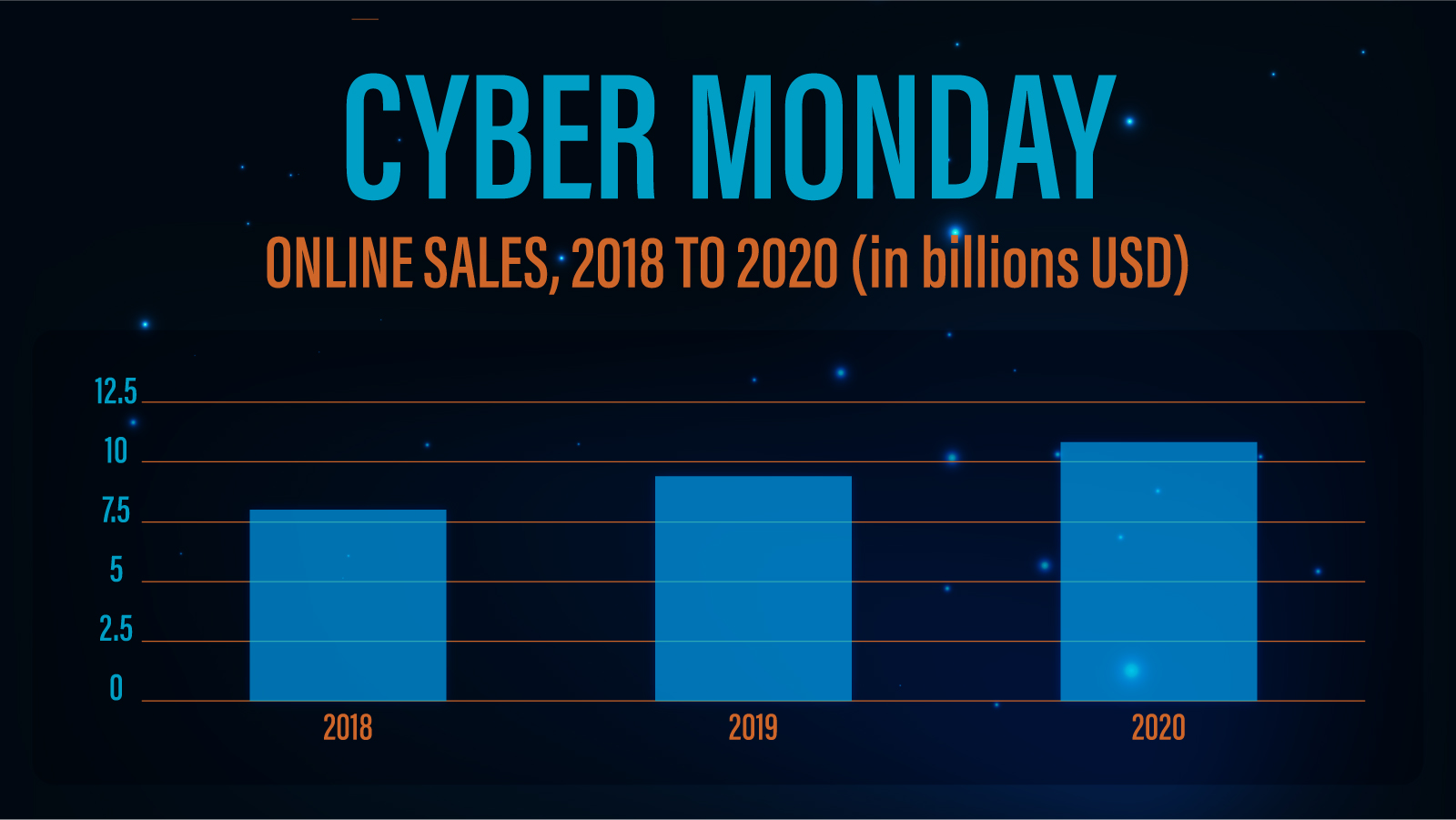 The year of the pandemic, 2020, saw more consumers shopping online during Thanksgiving weekend than ever before. Black Friday digital spending hit $9 billion and Cyber Monday spending reached nearly $11 billion. In 2020, Cyber Monday even knocked Black Friday off the perch as the top planned shopping day.

Currently, 28 countries participate in Cyber Monday, with awareness highest in the U.K. at 89%. Other top countries based on their awareness levels include Germany, Spain, Italy, Netherlands, Sweden, and Denmark.

It’s now 2021, and Cyber Monday has grown from a trend to a tradition, and predictions for this year’s revenues from the online sphere are bright and impressive.

Get updates on latest digital trends!