Metaverse: the future of digital marketing? 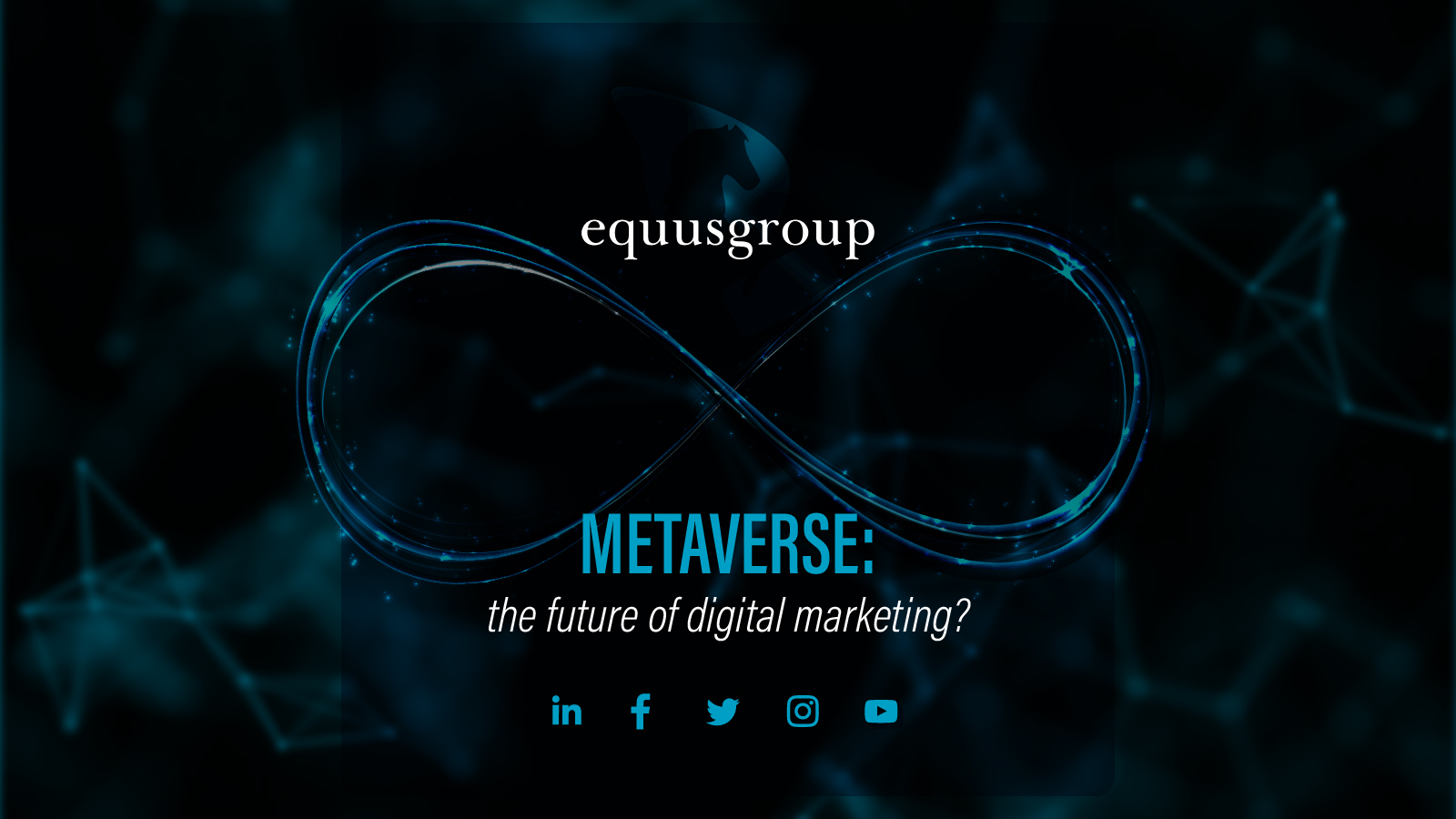 Changes in marketing go hand in hand with technological change. One of the current technological innovations, whose further development will certainly have an increasing impact on the world of digital marketing is the metaverse.

This term has recently attracted public attention due to the rebranding of Facebook into a company called Meta and the announcement of the evolution of the existing social network into metaverses. While for many it was their first encounter with the idea of a metaverse, it’s not really a new concept. The term was coined by writer Neal Stephenson in the 1992 sci-fi novel Snow Crash, which referred to a realistic, virtual 3D world populated by avatars. 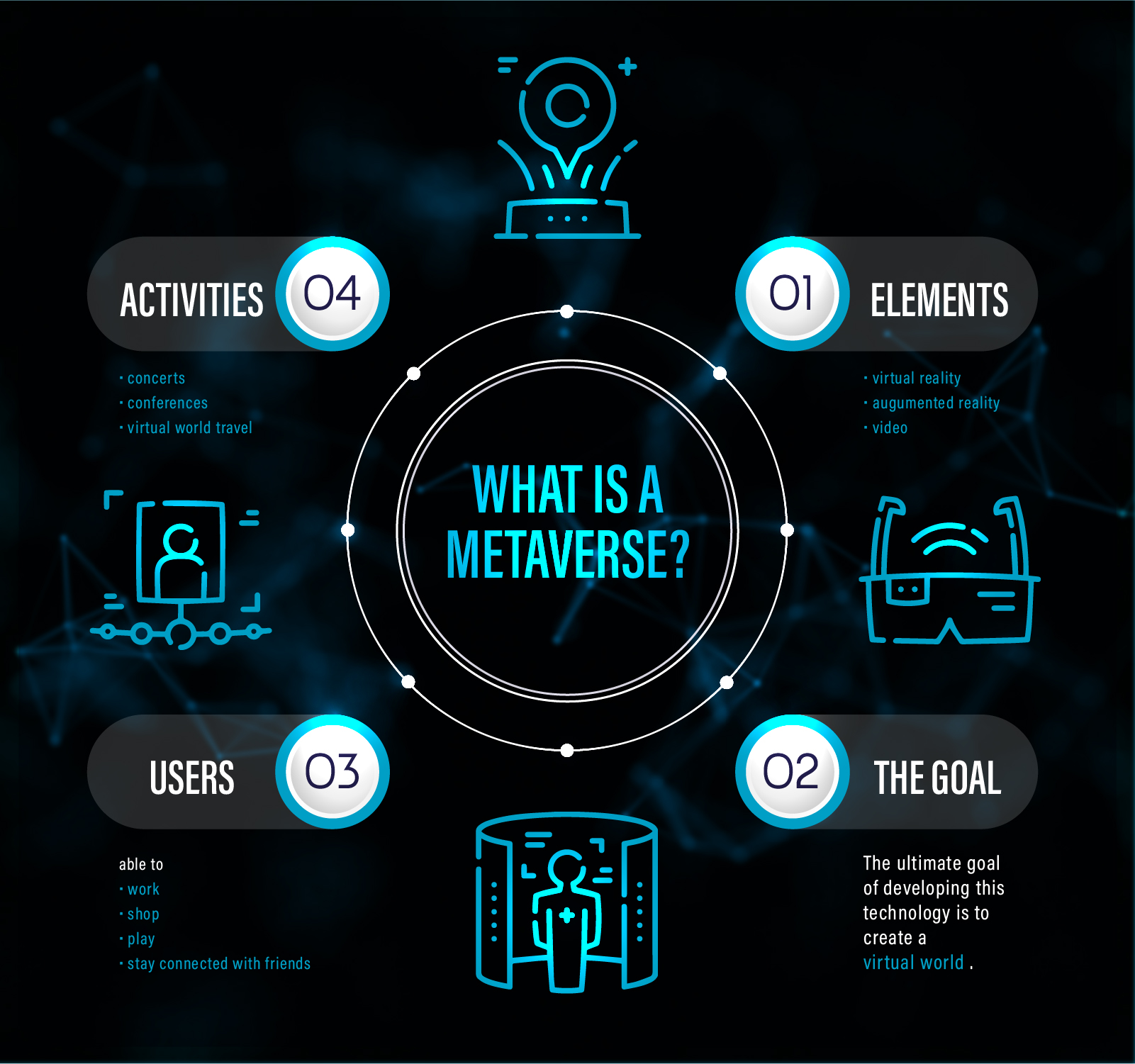 What is a metaverse?

These are online virtual worlds that include elements of virtual reality, augmented reality and video. The ultimate goal of developing this technology is to create a virtual world where users will be able to work, shop, play and stay connected with friends through activities such as concerts, conferences and virtual world travel. Sounds scary? Perhaps, but given the habits of using technology by Generations Z and Alpha, we believe that there are very solid foundations for their realization.

How will metaverse affect the world of digital marketing?

Although these technologies have not yet reached their full potential, the first changes and adjustments in the way companies communicate with target groups have already begun to take place, so it is certainly good to follow the further development of this area. 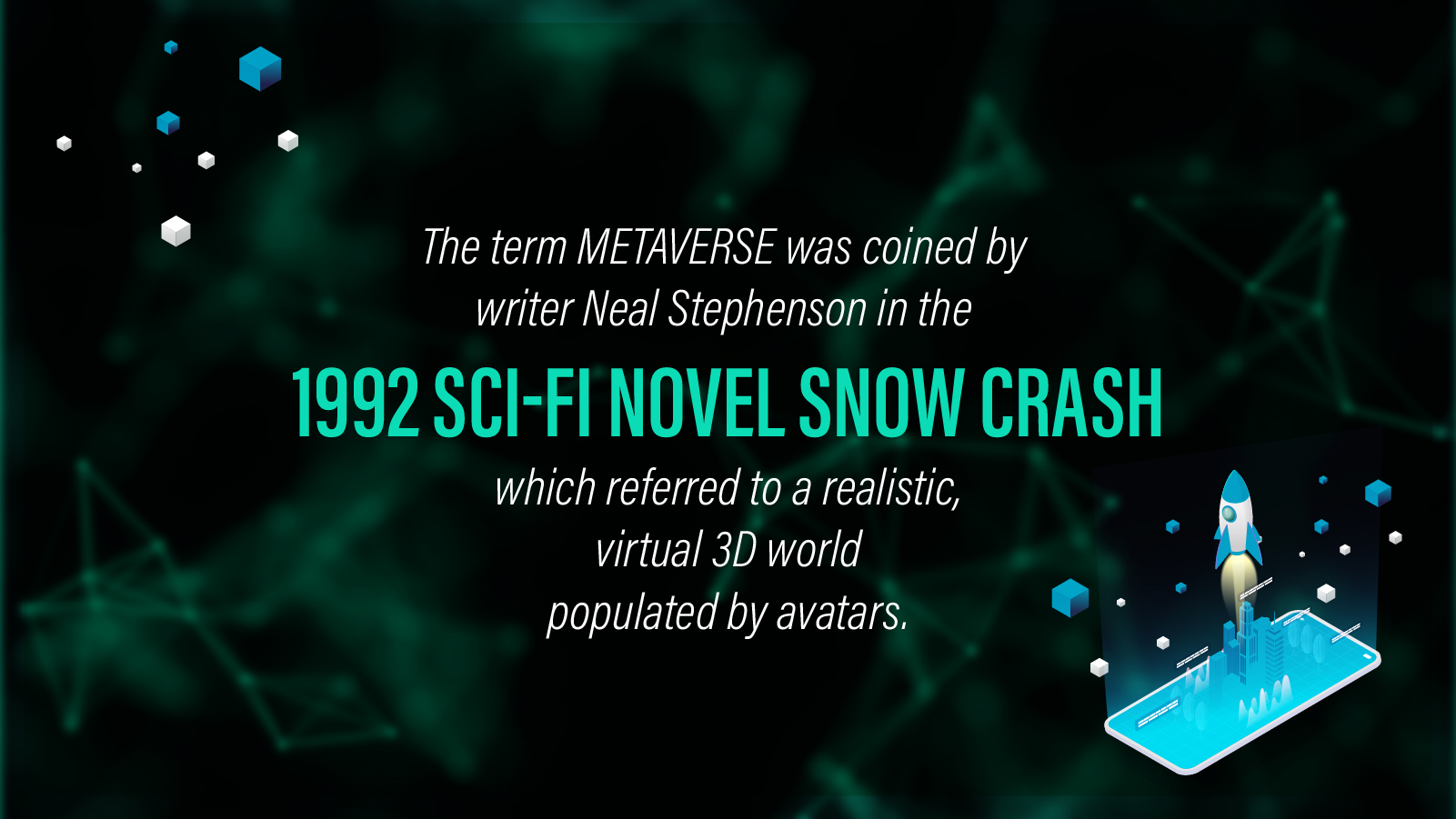 Luxury fashion house Balenciaga recently collaborated with Fortnite, opening a virtual clothing store similar to real stores, where players could try on and buy clothes specially designed for the occasion for their avatars. In this way, the real life experience in the digital sphere was recreated, and the players of the game were provided with an exciting interactive experience of a new way of shopping. In addition, a limited-edition collection with pieces of clothing from the game could be purchased at the (real) web shop of the fashion house. Despite the astronomical prices, the collection sold out very quickly.

But this is not the only metaverse collaboration for this company. Meta (formerly Facebook) has already hinted at a collaboration with this brand, tagging it in one of the tweets related to the upcoming metaverse. Balenciaga confirmed that they have set up a team of 100 people within their company to develop marketing and sales in the metaverse. Based on this, we can conclude that major changes are imminent, although details have not yet been shared with the public.

One of the great expectations from future metaverses is the augmented reality element, which adds new elements such as images, animations or data to the existing, real environment. Already developed examples of this are Google Glass smart glasses and the mobile game Pokemon Go.

Possible applications of this technology in marketing are numerous – from virtual testing of clothes or glasses, to a test drive of a new car. The augmented reality within the metaverse will impact the online shopping experience as it allows you to interact with products without leaving home. Some speculations are also considering possible applications at physical outlets. Given that it is an upgrade of reality, metaverse could find application in stores by providing additional information about products, visualization of uses and use of products via mobile devices. 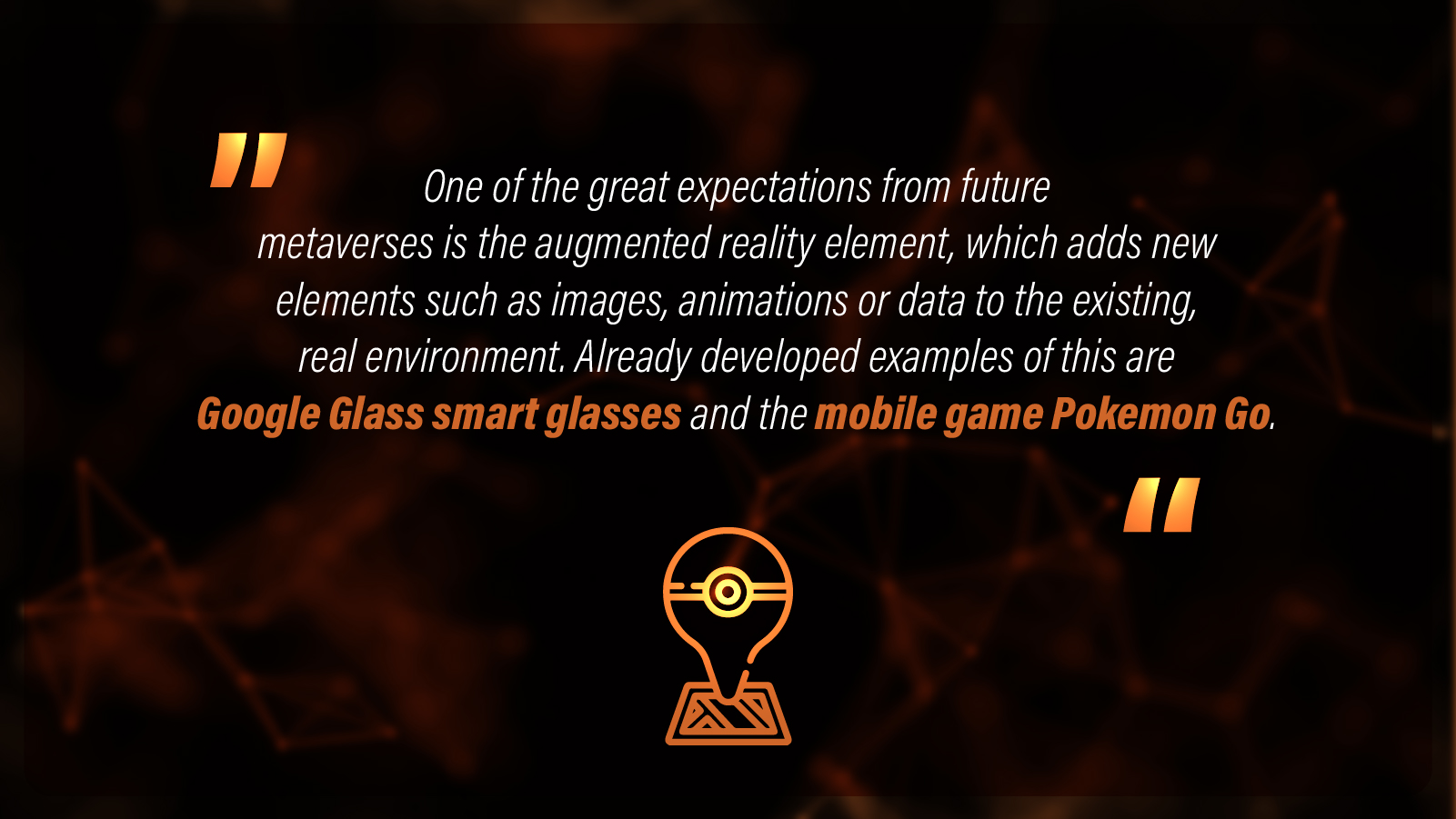 When can we expect an internet revolution?

Mark Zuckerberg, CEO of the former Facebook, now Meta, estimates that it could be up to 10 years before the metaverse becomes generally accepted and enters the mainstream, as was the case with today’s social media. “Metaverse will be more inclusive because users will be part of the experience, not just observers,” Zuckerberg said of the company’s rebranding, announcing that metaverses will replace the Internet as we know it today. 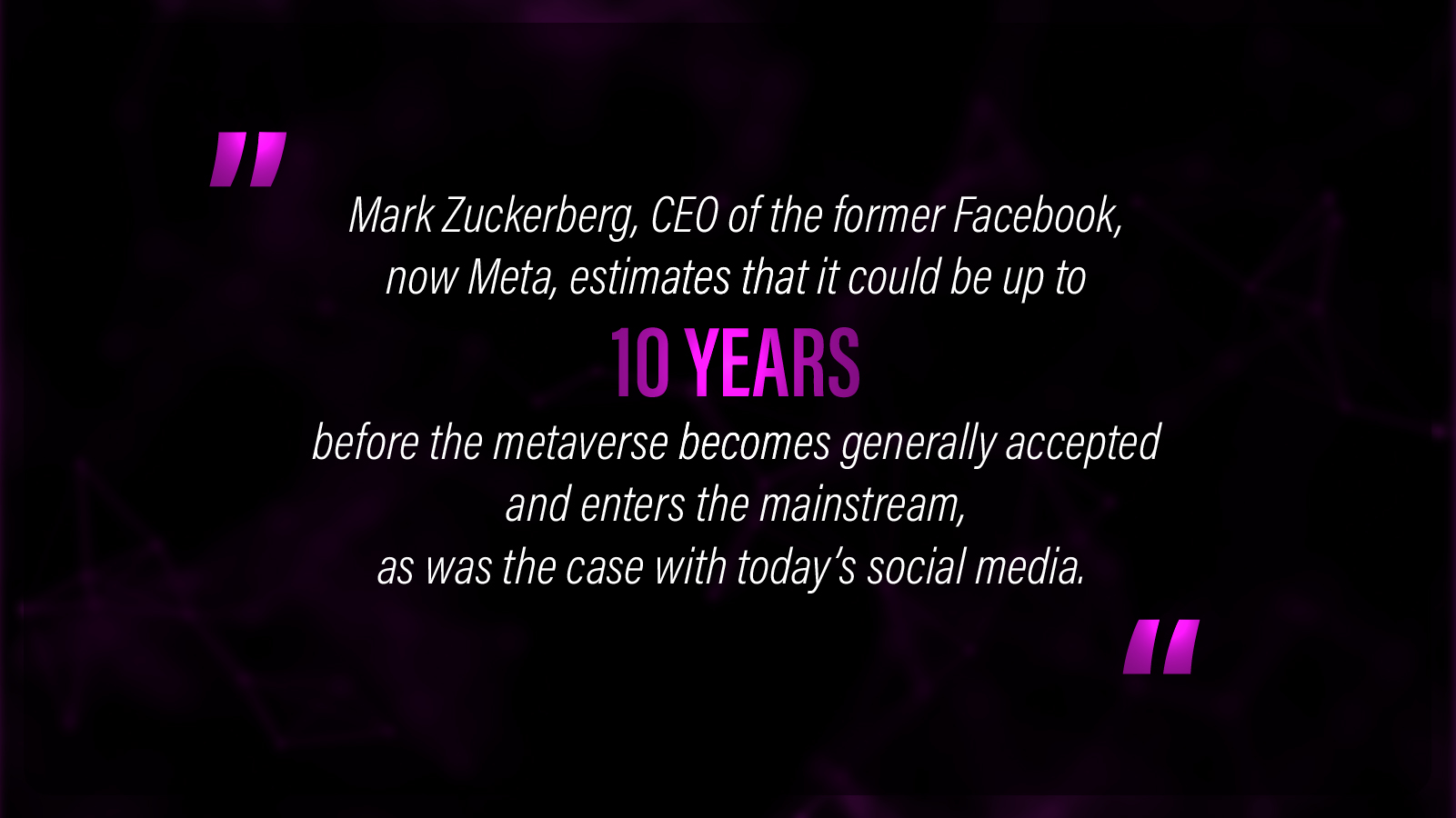 Although Zuckerberg’s vision of the metaverse is still only a plan for the future, from the communication so far it can be concluded that Meta is investing great efforts and resources in its development. Marketing opportunities in existing metaverses are currently quite limited and experimental, but their rapid development is noticeable, as well as the growing interest of the world’s leading brands for this type of activity. Given that behind the whole story about the evolution of Facebook is a company that is basically driven by advertising, it is to be expected that Meta-in metaverses will work on the same principle and thus change digital marketing as we know it today.

Get updates on latest digital trends!